The growth of Piraeus, which became a municipality in 517 BC, is due to the creativity and vision of two great statesmen, Pericles and Themistocles. At their instance, important works were initiated and completed, amongst other the construction and extension of the Long Walls, which protected both sides of the road all the way from Piraeus to Athens.

As a result the “ancient” Piraeus flourished and became a port of high security with a great commercial activity, and a city throbbing with life. So it was justifiably called “Emporion of Greece”. The Peloponnesian War, the Roman invasion, the destruction by Syllas as well as the final invasion by the Goths (395 BC) led Piraeus to a prolonged period of decline, which was to last for about 15 centuries. Due to historic juncture Piraeus changed its name various times. In 1318 BC it became Porto Leone, then Porto Drago and, finally, in 1456, Aslan Port (Lion’s Port) of the Ottoman Turks.

Two milestones mark the modern history of Piraeus -1829 and 1835. In 1829 arrive in Piraeus its first new settlers – five in number- while in 1835 the Municipality of Piraeus is established and its first mayor is the Hydriot Kyriakos Serfiotis. During the first four decades of the 20th century, the city continues its steady growth in all sectors. The establishment of the Port Committee (1911) and the Port of Piraeus Authority (1930) played a vital catalytic role in its development. However, Greece’s involvement in World War II came as a major setback to the city’s progress.

During the first post-war years, in the beginning of 1950, war damages in both the city and port were repaired and Piraeus started developing again.

Nowadays the port of Piraeus is one of the largest ports in Europe. With about 19 million passengers annually, Piraeus occupies the third place worldwide. It also occupies the 47th position at international level in cargo traffic and the top position among all Eastern Mediterranean ports.

The population of the demos (municipality of Piraeus) counts about 175,697 inhabitants, while the monarchy of Piraeus which includes also the surrounding land and some of the islands of the Saronic Gulf has a population of about 541,504 people.

Day by day the city of Piraeus changes its face, it is becoming more dynamic. 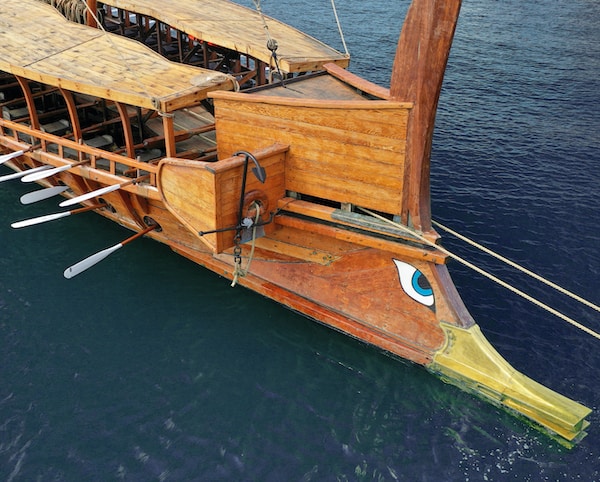 is one of the major turning points of European History, and one of the great tales of heroic endeavour. Its effect upon you and I is thus twofold. September 20, 480 B.C. marks the day that a small alliance of free states saved Europe from subjugation and enslavement by barbarians sweeping westward from Asia.. read more